Bringing the excitement and exhilaration of Formula 1® to a new generation of fans around the globe, the 2019 F1 New Balance Esports Series drew its highest ever online audience of 5.8 million. This represents an impressive uplift of 76% year on year in F1’s third ever season of the F1 Esports Series, demonstrating the huge growth and potential of the series. The 2019 Series’ online viewership numbers alone (5.8 million) surpass 2018 Series’ total online and TV viewership numbers (5.5 million).

Cementing F1’s position at the forefront of the e-racing wave, 169 million social media impressions (66% growth year on year) and 27 million online video views (35% growth year on year) of F1 Esports content were accumulated over the course of the series on F1’s own social platforms. In a clear demonstration of how the sport is reaching a new, younger and more digitally minded audience, 79% of viewers tuning in to the series were below the age of 34 years old.

2019 was the biggest and most exciting F1 Esports season to date as David Tonizza, the first pick from the 2019 Pro Draft as well as Ferrari Driver Academy Hublot Esports Team’s first ever esports driver, went on to beat the rest of the field, in the final race, to become the 2019 Drivers’ Champion. His achievement embodied the living room to podium narrative that is at the heart of the F1 Esports programme and it was an impressive first showing for Ferrari in esports as well.

The dramatic 2019 season culminated with Red Bull Racing Esports securing their first Team’s Championship title. The team’s championship was incredibly competitive with Red Bull having to fend off fierce competition from Ferrari Driver Academy Hublot Esports Team, Alfa Romeo Racing F1 Esports Team and Renault Sport Team Vitality – all 4 teams coming into the Grand Final could have taken the title! Over the four Pro Series live shows, Red Bull consistently demonstrated why they are the top team on F1 2019, the official game of the FIA FORMULA ONE WORLD CHAMPIONSHIP™, clinching 9 podium finishes, 3 of which were wins, across the 12 race season. “The 2019 Formula 1 esports season has been a tremendous success and a huge congratulations to both Ferrari’s David Tonizza and Red Bull Racing Esports team on their hugely impressive titles. I also want to thank all our partners for helping deliver this year’s success. We are really excited about the progress we have made this year with a 65% increase in interest in the series compared to last year, our highest ever online audience of 5.8 million and 169 million social media impressions. We are looking forward to next season, with some of China’s regional participants coming to the pro draft and the potential for other nations to join the fun. Our best days are ahead of us and we are delighted by the great progress in 2019.”

• A record breaking 109,000 players attempted over 1.4 million laps to qualify earlier in the year, representing a massive 65% increase in participation and 40% increase in number laps attempted year on year;
• The first year all ten official Formula 1 Esports teams participated in the series, with Ferrari entering the world of esports for the first time in their history;
• A record breaking $500,000 cash prize fund for 2019, more than double year on year;
• Formula 1 confirmed that F1 Esports was heading to China with the launch of the F1 Esports Series China Championship, in partnership with Juss Intellisports – the first regional competition of the series history where the champion and runner-up will earn final spots in the 2020 F1 Esports Series Pro Draft and the chance to compete for a seat with one of the official F1 Esports teams.

“The 2019 series has been exciting, and full of action and this year’s figures are a testament to the great entertainment our esports series is delivering to fans. We are continuing to reach a new fans with growth across our online and TV audiences as well as growth across our digital platforms. With 79% of viewers tuning in to the series below the age of 34 years old we are really excited about the future and already getting ready for the 2020 season.”

“The growth of esports in Formula 1 continues to accelerate. Not only has 2019 been our most ambitious esports season to date by way of our tournament and events, but it was also the first season we had all 10 official F1 teams participating, with Ferrari entering the world of esports for the first time in their history. In addition, we launched our first ever regional series in China in search of the next Chinese esports stars as well as have launched a mobile esports qualifier on F1 Mobile Racing for the first time to feed into the programme next year.

The massive growth in viewership and engagement is testament to the strength of our esports proposition. I am confident that Formula 1 Esports will continue to grow and broaden the opportunities for the next generation of motorsport fans and brands to engage and invest in this burgeoning space as we continue to break down borders into our sport through esports and gaming – the growth in viewership and engagement this year is a prime indicator of this.”

The F1 New Balance Esports Series is operated in partnership with Codemasters, the developer and publisher of the official Formula 1 video game franchise and Gfinity, one of the world’s leading esports companies. New Balance, the footwear and lifestyle brand was the title sponsor of the competition, being fully integrated into the series, with all drivers wearing New Balance socks and shoes whilst racing in the Pro Series. Fanatec also remained on board as Official Sponsor, supplying the championship with elite and advanced equipment and DHL celebrated their 50th anniversary this year with special activations in F1 Esports including the DHL 50 Fastest time trial invitational event ahead of the 2019 Pro Draft which has been shortlisted by the European Sponsorship Awards 2020 for Sport Sponsorship of the year.

For more information on the F1 Esports Series visit www.f1esports.com. 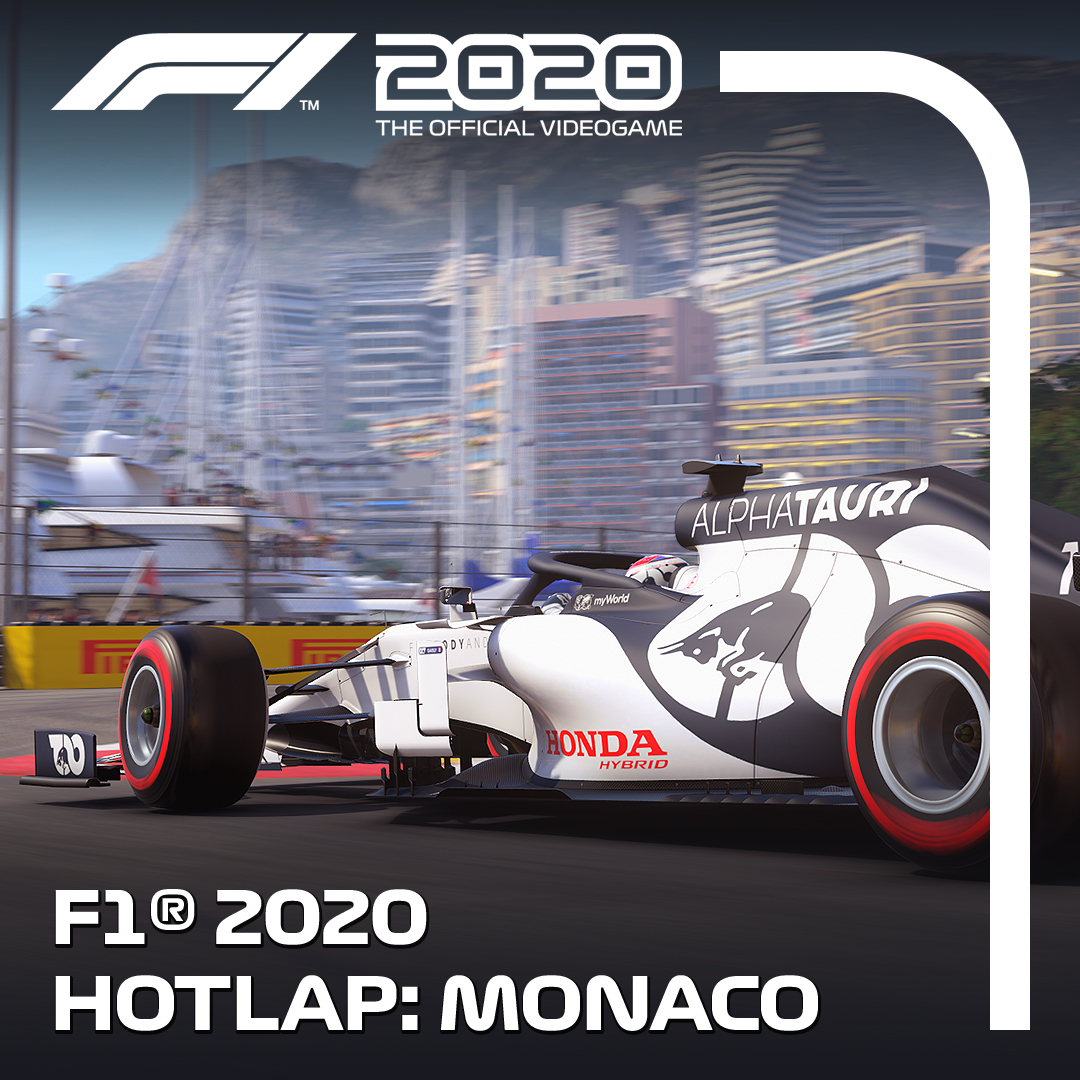 We’re very happy to be able to show you the first F1® 2020 in-game hot lap on Circuit de Monaco, ahead of the iconic circuit’s appearance at this weekend’s Virtual Grand Prix. On the weekend where it was initially scheduled in the F1® calendar, the lap, recorded by the F1® 2020 development team, features Pierre Gasly’s newly re-branded AlphaTauri. The video can be viewed here. Considered one of the most challenging circuits in the F1® calendar, navigating Monaco’s tight...