The Hell grid featured several drivers who competed in Yas Marina, and joining them were even more real-world drivers such as Hyundai rally driver Hayden Paddon and rallycross driver Tamara Molinaro. Commentary was provided by World RX talent Andrew Coley and Neil Cole, who also feature as voiceover talent within DiRT Rally 2.0.

The format of the World RX Esports Series events mirrors that of a real-world FIA World Rallycross Championship event, with 4 Qualifying sessions and the top drivers progressing to Semi Finals, and an overall Final crowning the winner. There is also a secondary set of races featuring 10 of the fastest sim racers in DiRT Rally 2.0, including the current esports World Series Champion Killian Dall’olmo, who tested a real-world RX2 car earlier this year.

Rallycross is known for being a short, high intensity form of motorsport, where powerful cars race on tight circuits featuring tarmac, gravel and jumps. The Hell circuit has featured in multiple DiRT titles and has been faithfully recreated in DiRT Rally 2.0, providing an experience near indistinguishable from the real thing.

The Qualifiers were full of action, with real-world drivers mixing it up with the esports stars, and special guests proving their talent. YouTube personality Alex Day, who goes by the channel name Failrace, has been a regular in these events and his steady improvement saw him battle the real-world drivers on multiple occasions.

At the end of Q4 10 drivers had progressed to the Semi Finals, including both Hansen brothers from World RX, Supercars driver Shane van Gisbergen, Failrace, GT driver Tom Blomqvist and more. The top 5 from the Semi Finals would then meet in the Final. The sim racers would have their own bracket to see who was strongest of those 10.

The next round will take place at the virtual Höljes circuit in Sweden on June 28. 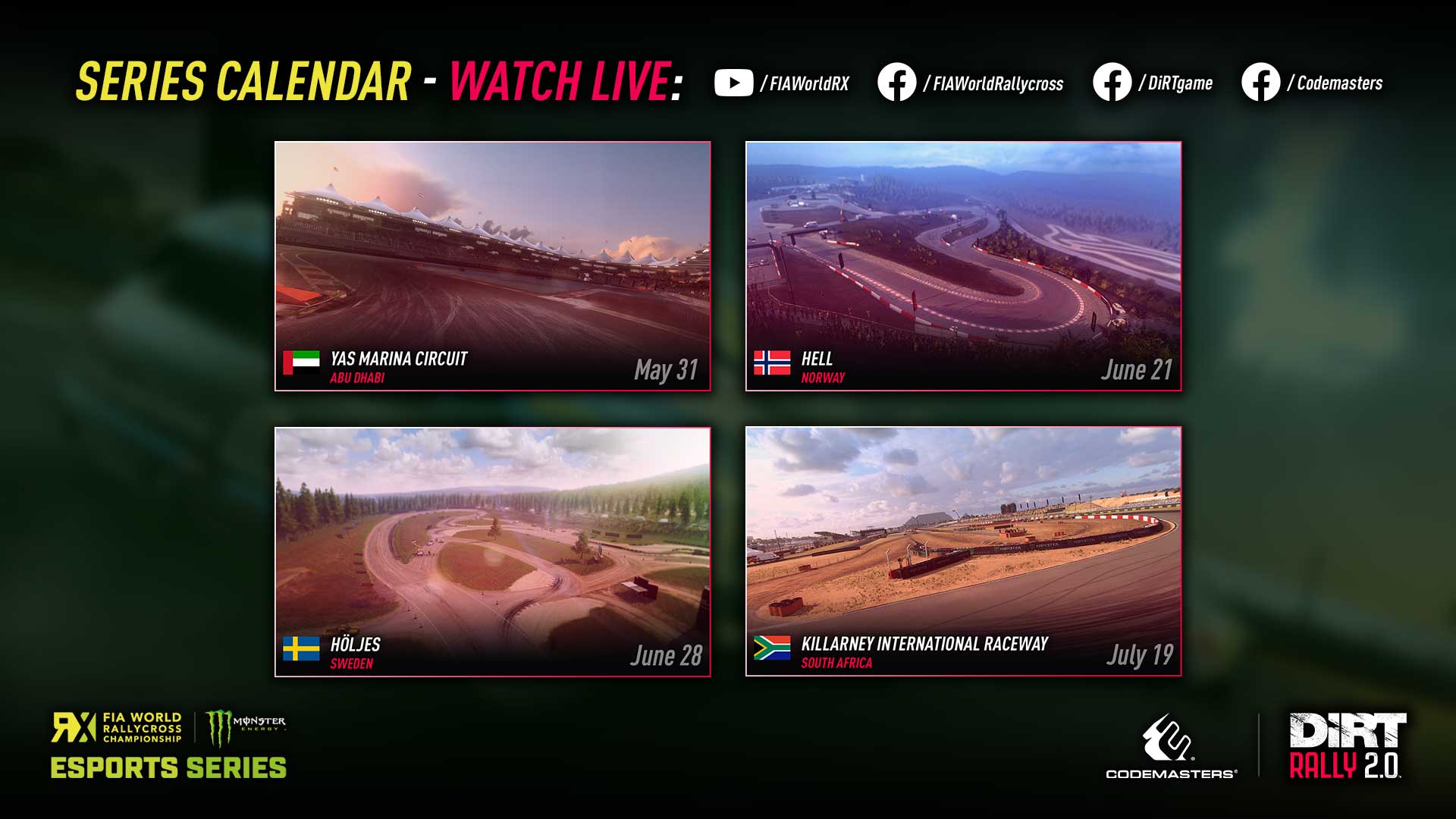